The River Ganga: A trip to India - Montana River Guides 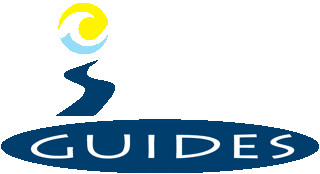 Training with WRI in India

A Trip to the Ganges River

The River Ganga: A trip to India

Mike & Cody recently returned from India where they trained with instructors from the Hannibal Outdoor Center and ran the Ganges river in northern India. They stayed with some guides on the Ganges to learn about rafting standards in India and got a brief immersion in this amazing culture. The Ganges is the most sacred river in India, people pilgrimage from far away to participate in daily religious ceremonies on the river. Here’s a clip from Haridwar where you get an idea of the number of people cleansing themselves and praying in or near the river on a typical day.

Many aspects of India are overwhelming. The size of the mountains is difficult to imagine unless you’ve been there. At 8 to 12,000 feet in elevation you are still in foot hill towns and villages. The rivers tumbling out of the Himalaya range are huge and powerful. We estimated the Ganges’ flow at 40,000 cfs when we ran it. There are wild elephants, jaguar countless monkeys, cobras and all kinds of incredible wildlife. There’s people, culture, poverty and pollution on scales we had never experienced before. A fifth of the world’s population lives in India and besides Hindi, there are about 3,000 languages spoken.   Despite being one of the planet’s most worshipped rivers, the Ganges is also on of the most polluted rivers in the world, Due to untreated human waste and industrial runoff. We’ve always preferred experiencing a place from a river or trail. After this trip we should add train and rickshaw to that list. India’s trains are a one of the best options for traveling through it’s spectacular expanse. Beauty surrounded by landfills. Glimpses of heroic subsistence agriculture. Mike preferred hanging out between the cars for the fresh air and views.

In short, India’s diversity, beauty, problems and potential are overwhelming. There is so much to see, experience and learn in India that we look forward to returning soon.

This site uses Akismet to reduce spam. Learn how your comment data is processed. 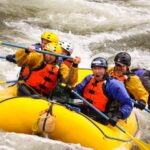